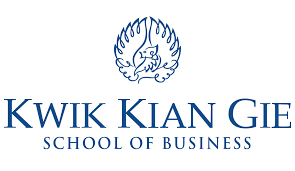 Radio is one form of mass media that is quite easily accessible by anyone. The broadcast programs owned by Radio Dangdut Indonesia are quite diverse. Radio Dangdut Indonesia believes that all its programs are prime time. However, there is one program that according to the author is quite unique, namely VOA GONDANGDIA which incidentally is an acronym for "Goyang Dangdut in Abroad". The practice of hegemony takes place very smoothly, as if the hegemonic group can enter and mingle with the hegemonic group and acculturation occurs as well as the common vision, mission, and needs in these two groups. Through text elements, the practice of cultural hegemony through text dimensions is carried out by VOA (Voice of America) in the Thanksgiving episode of VOA GONDANGDIA program. The hegemony stems from the choice of theme and the many uses of English terms and the atmosphere that is formed so that it can play the audience's theater of mind and form its own opinion about Thanksgiving. Based on the production process of cultural hegemony, it can be seen from the conceptor of the Thanksgiving episode VOA GONDANDIA program regarding his perspective which has already been hegemoned by American culture. In the dimension of social context, America's great power and great access to it through VOA (Voice of America), makes a practice of cultural hegemony contained in the Thanksgiving episode of VOA GONDANGDIA program.