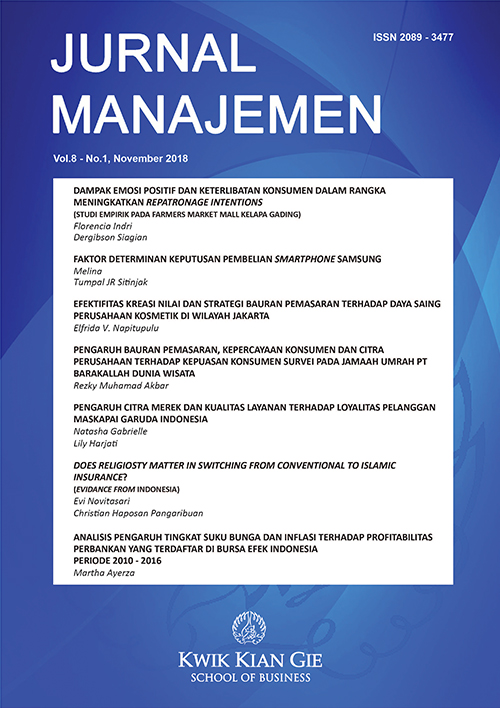 Profitability or ability of a bank in generating profits will be influenced by various factors that exist, one of them is the interest rate and inflation. If interest rates are high then the cost will be high as well and will trigger inflation so that will have an impact on low productivity and investment. One of the financial ratios that will be the benchmark of the bank's financial performance is Return on Assets (ROA .This study aims to determine the effect of interest rates and inflation on the performance of 9 banks with the largest total assets in Indonesia. The data used is the annual financial statements of banks for a period of 7 years from 2010 to 2016. In this study used multiple linear regression method by determining the dependent variable that is Return on Assets (ROA) and independent variable that is the interest rate and inflation. The results of the classic assumption test, multiple regression test, F test, T test and coefficient of determination test show that during 7 years period of research there is no evidence that the interest rate and inflation affect the profitability of banks as measured by ROA.